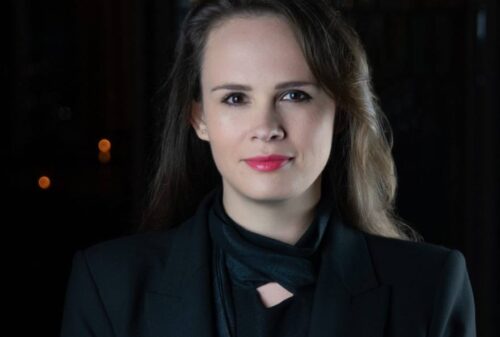 Krasnobrizhaya brings almost 17 years of international experience in the hotel industry. A Marriott International stalwart, she joins The St. Regis Riyadh following her recent position as director of operations at The Park Tower Knightsbridge, a Luxury Collection Hotel in London. Prior to this, she held senior roles at The Ritz-Carlton, Moscow and Hotel Arts Barcelona.

“Marina brings with her a wealth of knowledge and experience, and we are delighted to have her join The St. Regis Riyadh,” said Ahmed Hozaien, area VP – Saudi Arabia, Bahrain & Egypt, Marriott International. “Marina’s appointment adds valuable leadership to the property, and highlights Marriott International’s commitment to championing the advancement of women in executive positions.”

Commenting on her appointment, Krasnobrizhaya said, “I am delighted to take on this new role and look forward to working with the team to deliver an uncompromising level of bespoke service and exquisite experiences in the city’s best address.”

Marriott also used its statement announcing the appointment to address the progress it is making for wider female representation in the Kingdom’s hotel field.

Its Saudi edition of Tahseen – a leadership fasttrack programme – recorded 50 candidates in 2021, of which nearly 50 percent were women – marking the highest enrollment of women into the programme since its launch in 2018. Since inception, Tahseen’s Saudi edition has had over 100 graduates the majority of which are now employed at Marriott International properties across the Kingdom in managerial, supervisor and director roles across functions such as sales, HR, F&B, marketing, finance and operations.

The company plans to launch the fourth edition of its Tahseen programme in the Kingdom this year, said the statement.

Krasnobrizhaya’s appointment has also been announced during the same week Marriott’s first-ever female GM in the whole Middle East announced her retirement.