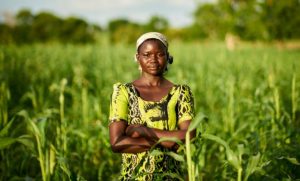 Nairobi, Kenya, April 13, 2020 / travelindex.com / The economic fallout from the coronavirus pandemic could push half a billion more people into poverty unless urgent action is taken to bail out developing countries, said Oxfam today. The agency is calling on world leaders to agree an ‘Economic Rescue Package for All’ to keep poor countries and poor communities afloat, ahead of key meetings of the World Bank, International Monetary Fund (IMF) and G20 Finance Ministers’ next week.

Oxfam’s new report ‘Dignity Not Destitution’ presents fresh analysis which suggests between six and eight percent of the global population could be forced into poverty as governments shut down entire economies to manage the spread of the virus. This could set back the fight against poverty by a decade, and as much as 30 years in some regions such as sub-Saharan Africa and the Middle East and North Africa. Over half the global population could be living in poverty in the aftermath of the pandemic.

The analysis, published today by the United Nations University World Institute for Development Economics Research, was conducted by researchers at King’s College London and the Australian National University.

An ‘Emergency Rescue Package for All’ would enable poor countries to provide cash grants to those who have lost their income and to bail out vulnerable small businesses. It would be paid for through a variety of measures including:

– The immediate cancellation of US$1 trillion worth of developing country debt payments in 2020. Cancelling Ghana’s external debt payments in 2020 would enable the government to give a cash grant of $20 dollars a month to each of the country’s 16 million children, disabled and elderly people for a period of six months.

– The creation of at least US$1 trillion in new international reserves, known as Special Drawing Rights, to dramatically increase the funds available to countries. This would give the Ethiopian government access to an additional $630 million –enough to increase their health spending by 45 percent.

“The devastating economic fallout of the pandemic is being felt across the globe. But for poor people in poor countries who are already struggling to survive there are almost no safety nets to stop them falling into poverty. G20 Finance Ministers, the IMF and World Bank must give developing countries an immediate cash injection to help them bail out poor and vulnerable communities. They must cancel all developing country debt payments for 2020 and encourage other creditors to do the same, and issue at least US$1 trillion of Special Drawing Rights.”

Existing inequalities dictate the economic impact of this crisis. The poorest workers in rich and poor nations are less likely to be in formal employment, enjoy labour protections such as sick pay, or be able to work from home. Globally, just one out of every five unemployed people have access to unemployment benefits. Two billion people work in the informal sector with no access to sick pay —the majority in poor countries where 90 percent of jobs are informal compared to just 18 percent in rich nations.

Women are on the front line of the coronavirus response and are likely to be hardest hit financially. Women make up 70 percent of health workers globally and provide 75 percent of unpaid care, looking after children, the sick and the elderly. Women are also more likely to be employed in poorly paid precarious jobs that are most at risk. More than one million Bangladeshi garment workers –80 percent of whom are women– have already been laid off or sent home without pay after orders from western clothing brands were cancelled or suspended.

Many wealthy nations have introduced multi-billion-dollar economic stimulus packages to support business and workers, but most developing nations lack the financial firepower to follow suit. The UN estimates that nearly half of all jobs in Africa could be lost. Micah Olywangu, a taxi driver and father of three from Nairobi, Kenya, who has not had a fare since the lockdown closed the airport, bars and restaurants, told Oxfam that “this virus will starve us before it makes us sick.”

Delivering the $2.5 trillion the UN estimates is needed to support developing countries through the pandemic would also require an additional $500 billion in overseas aid. This includes $160 billion which Oxfam estimates is needed to boost poor countries’ public health systems and $2 billion for the UN humanitarian fund. Emergency solidarity taxes, such as a tax on extraordinary profits or the very wealthiest individuals, could mobilise additional resources.

“Governments must learn the lessons of the 2008 financial crisis where bailouts for banks and corporations were paid for by ordinary people as jobs were lost, wages flatlined and essential services such as healthcare cut to the bone. Economic stimulus packages must support ordinary workers and small businesses, and bail outs for big corporations must be conditional on action to build fairer, more sustainable economies,” added Vera.

Download Dignity Not Destitution: An Economic Rescue Package for All.

News outlets are reporting that over 1 million garment workers in Bangladesh have lost their jobs as a result of orders being cancelled or suspended. The percentage of women working in the Garment industry in Bangladesh is from the World Bank.

Oxfam is scaling up its cash transfer programming and food assistance in vulnerable communities across the globe —from poor urban settlements in Bangladesh to rural indigenous communities in Guatemala. Oxfam has been a leader in cash transfer programming for more than 20 years; in Yemen, we provide cash to families displaced by the conflict to buy food; in Colombia, we provide cash to Venezuelan migrants on the move; and in the Democratic Republic of Congo, which faced the world’s second largest Ebola epidemic in history, we distribute cash and vouchers to allow the most vulnerable households to buy food and basic necessities.

For the largest resource on tourism in Africa visit TourismAfrica.org