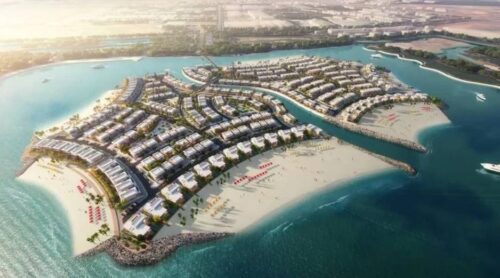 • For a comprehensive travel and tourism guide on RAK and UAE go to VisitRasAlKhaimah.net

Construction is set to begin in the second quarter of this year and will be completed in 24 to 28 months, Mr Kurien told The National in an interview.

The project will have 501 villas ranging from two- to seven-bedroom units, with prices starting from Dh1.2m.

The launch of the new project comes as the UAE’s property market continues to recover from the coronavirus-induced slowdown. The market has received a boost from new government initiatives such as residency for remote workers and retirees, as well as the expansion of the 10-year golden visa programme.

The UAE’s measures to stem the spread of the pandemic, such as widespread testing and an effective vaccination programme, have also helped the property market to recover.

Al Hamra is seeking to take advantage of the post-Covid lifestyle trend where people are looking to lead a less stressful life in a relaxed atmosphere, Mr Kurien said.

“A lot of employers are offering flexible working hours, so people don’t have to go to offices as much as they needed to go pre-Covid, and the infrastructure connecting the emirates is very good,” he said.

“So, we are looking for small families who want to move from the hustle and bustle of city life to a more leisurely and relaxed atmosphere in Ras Al Khaimah, and young families who want to buy a home at an affordable price yet have an exclusive island living [experience].”

Along with a focus on buyers from the UAE, the company is also seeking investors from India, Commonwealth of Independent States, Africa and the GCC.

“We already did a pre-launch [sale of the Falcon Island project] exclusively to our broker partners and managed to sell everything we launched,” Mr Kurien said. The new project is part of the company’s five-year strategy unveiled earlier this month, which will result in Dh1bn being invested between 2023 and 2027 to boost its market presence.

Al Hamra will also be announcing a new apartment project in the coming weeks, he said. Last month, the developer sold its Al Hamra Mall in Ras Al Khaimah to Abu Dhabi’s Aldar Properties in a deal worth Dh410m.

“Aldar has great plans for the mall, for its development, refurbishment and for its growth, and it fits in well for the overall narrative of Ras Al Khaimah … we are proud that we were able to attract investment from a developer like Aldar.”

The company is also planning to work with other developers or investment companies to jointly develop “both greenfield and brownfield developments in future”, he said, without revealing further details.

On the outlook for the UAE’s property sector, Mr Kurien remains confident that the country will continue to attract investment due to the government’s new initiatives.

• For a comprehensive travel and tourism guide on RAK and UAE go to VisitRasAlKhaimah.net

“The UAE has always been an attractive destination for investors because of safety [and] security. Now, with the changing laws on residency, especially with golden visas … those are all game changers for the UAE and I am very bullish about inward real estate investment into the UAE — at least for the next five to 10 years.

“Ras Al Khaimah will also benefit from this and the increase in population will have a ripple effect on shopping malls and hotels,” he said.