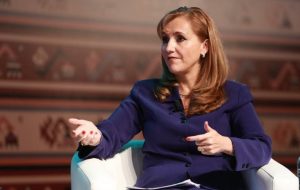 London (United Kingdom) – March 24, 2020 (travelindex.com) – Significant and Swift Measures are needed to support the Travel & Tourism sector in the turbulent months ahead. WTTC urges governments to implement policies that will directly support the sector across the following three areas, namely:

• Protecting the Livelihoods of Workers: Financial help must be granted to protect the incomes of the millions of workers in severe difficulty.

• Fiscal Support: Government must extend vital, unlimited interest-free loans to global Travel & Tourism companies as well as the millions of small and medium-sized businesses as a stimulus to prevent them from collapse. Governments dues and financial demands on the Travel & Tourism sector need to be waived with immediate effect for at least the next 12 months.

• Injecting Liquidity & Cash: Cash flow assistance to support players big and small of the Travel & Tourism sector is critical as well as to offer targeted support to severely affected industries within the sector.

On the basis on the three policy priority areas, above, WTTC has highlighted a number of countries which have announced and are now implementing impressive policies in this area:

• Italy: As part of its “Italy Cure” package, the Italian government has put worker protection at its core through the reactivation of the Cassa integrazione for all the sectors, whereby the government pays 80% of the employee salaries. What’s more, self-employed or seasonal workers can apply for a special pay-out of €600 in March. Families can apply for permission to suspend their mortgage payments if business shutdowns caused by the pandemic threaten their livelihoods. What’s more, parental leave has been extended to 15 days and in in March and April, people caring for a loved one with disabilities are entitled to take up to 12 days’ leave a month instead of three. Italy has also set up a 500 million Euro fund to deal with the damage suffered by the aviation industry and the Alitalia operation.
Gloria Guevara – CEO & President of WTTC

• Hong Kong: To ensure business continuity within Travel & Tourism, Hong Kong has created the Anti-Epidemic Fund’s Travel Agents Subsidy Scheme through which some 1,350 travel events have received payments through the to help them tide over the financial difficulties arriving from the outbreak. Each eligible travel agent may receive a one-off subsidy of HK $80,000. 98% of all licensed travel agents in Hong Kong have registered for the payment.

• Germany: To shield its companies from going under, the government pledged unlimited cash to German businesses and is suspending legal obligations for firms facing acute liquidity problems to file for bankruptcy until September. The government’s liquidity assistance envisages a massive expansion of loans provided by KfW, from €460bn to €550bn ($610 billion) the country’s development bank.

• Australia: As part of a $10.3 billion (AUS$ 17.6 billion) stimulus plan and the additional $38.3 billion to be spent over the next six months, the government has pledged AUS$1 billion (US$613 million) to support those sectors, regions and communities, including Travel & Tourism that have been disproportionately affected by the virus. This will include the waiver of fees and charges for tourism businesses that operate in the Great Barrier Reef Marine Park and Commonwealth National Parks. Packages to support business investment, provide cash flow assistance to support SMEs will also support Travel & Tourism. To deliver support for business investment, for instance, AUS$700 million has been allocated to increase the instant asset write off threshold from $30,000 to $150,000 and expand access to include businesses with aggregated annual turnover of less than $500 million (up from $50 million) until 30 June 2020. These measures start today and will support over 3.5 million businesses (over 99 per cent of businesses) employing more than 9.7 million employees or 3 in every 4 workers.

• France: As a starter to his promise for unlimited budgetary support for companies and employees, France has set up a €2 billion Solidarity Fund, for which many Travel & Tourism businesses will be eligible for, given that it that it applies to businesses meeting the following criteria. Businesses whose activity has been closed (mainly refers to catering businesses (which are 160,000), non-food trade (140,000), tourism (100,000); SMEs that have lost turnover by 70% compared to March 2019; SMEs with a turnover of less than €1 million. Within the €45 billion plan, €8.5 billion euros have been dedicated to the funding of short time working /partial unemployment measures. To use short time working, companies pay compensation equal to 70% of gross salary (around 84% of the net) to its employees. Employees with minimum wage or less are 100% compensated. The State will also fully reimburse partial unemployment for wages up to 6,927 euros gross monthly, i.e. 4.5 times the minimum wage.

• Singapore: Since Singapore began dealing with COVID-19 on 23 January, the government has rolled out a number of policies and measures to support the Travel & Tourism sector with a focus on confidence building and providing assistance to the sector. Among other policies, the government is waiving license fees for hotels, travel agents and tour guides, enhanced training schemes and subsidising them up to 90%; providing salary support through Workforce Singapore of up to 70% of fixed monthly salaries (capped at $2000 a month per employee). The government has also created a temporary bridging loan programme for cash flow support, has implemented rebates on aircraft landing and parking charges as well as rental rebates for shops and cargo agents at Changi. It has created a point-to-point support package for taxis and private hire car drivers. To further support jobs, it has created a job support scheme with a one-off wage support to help enterprises retain their workers. To further enable cash flow, it enhanced its Enterprise Financing Scheme-SME Working Capital Loan as well as well as implementing a corporate income tax rebate for YA2020 of 25% of tax payable, capped at $15,000 per company.

• UK: The Chancellor has set out a package of temporary, timely and targeted measures to support public services, people and businesses, currently amounting to £330 billion, through this period of disruption. The measures include: a 12-month business rates holiday for all retail, hospitality and leisure businesses in England; a grant funding of £25,000 for retail, hospitality and leisure businesses with property with a rateable value between £15,000 and £51,000; small business grant funding of £10,000 for all business in receipt of small business rate relief or rural rate relief. The government also created the Coronavirus Business Interruption Loan Scheme, offering loans of up to £5 million for SMEs through the British Business Bank will be launched on 23 March. The government will provide lenders with a guarantee of 80% on each loan to give lenders further confidence in continuing to provide finance to SMEs. Businesses can access the 12 months of that finance interest free. To support larger firms, the Bank of England has announced a new lending facility to provide a quick and cost-effective way to raise working capital via the purchase of short-term debt. This will support companies which are fundamentally strong, but have been affected by a short-term funding squeeze, enabling them to continue financing their short-term liabilities. No business will pay VAT from now until the end of June. The government has also stepped in to pay people’s wages with a new scheme. A grant will cover 80% of wages up to £2.500 for those employees kept on payroll. This will be open for three months, with the possibility of extension, and will cover businesses of any size. The first payments will be made by the end of April.

• The Philippines: The Travel & Tourism sector will receive a significant portion of the government’s $523 million (PHP27.1-billion). support package to combat the coronavirus outbreak. Specifically, $271 million (PHP14-billion) aid from the Tourism Infrastructure and Enterprise Zone Authority (TIEZA) has been earmarked for various programmes and projects of the Department of Tourism. To support workers, $23 million (PHP 1.2 billion) from the Social Security System will be used as unemployment benefits for workers from the private sector. What’s more, $58 million (PHP 3 billion) will be dedicated to a scholarship grant for the upskilling and reskilling of temporarily displaced workers. Nearly $40 million (PHP 2 billion) will also be allocated for social protection programmes for workers who work in organizations affected by COVID-19. To promote the Philippines as a destination once in the recovery phase, the Department of Tourism (DOT) is allocating approximately $118 million (PHP6 billion). At least PHP421 million earmarked for a new campaign for domestic travel and PHP467 million to create content that targets emerging countries unaffected by Covid-19.

• Spain: The Spanish government announced a financing line of €400 million with guarantee from the ICO (Official Credit Institute of Spain), for self-employed and tourism companies domiciled in Spain in need of liquidity with a limit of €500,000, including transport companies, taxis, hotels, restaurants, car rentals, travel agencies, museums and similar, among others. The funds operate as a 4-year loan; with a fixed interest rate (with a maximum of 1.5%) in which the ICO will guarantee Credit Institutions with a 50% of the risk of their clients. Operations can be agreed until 31 December 2020. The government also announced a €200 billion package on 17 March to help companies and protect workers and other vulnerable groups affected by the crisis. Of the €200 billion fund, half of the money is tied to a public guarantee scheme to ensure liquidity for struggling businesses, specifically to ease the conditions of the temporary collective layoffs (known as ERTEs in Spain), supporting workers and businesses affected by the slump in activity, and guaranteeing liquidity for businesses.

• Portugal: The Portuguese government launched over 30 initiatives aimed at protecting workers and families, and at mitigating the economic impacts of COVID-19 through fiscal breaks and the injection of liquidity. The Government has placed particular emphasis on the Travel & Tourism sector by establishing a dedicated €60 million credit line for micro-businesses in the sector and by working closely with Turismo de Portugal to bolster national capacity to respond to the challenges resulting from COVID-19. Key measures include €200 million credit line for businesses, €60 million credit line for micro-enterprises in the tourism sector, extraordinary support for the maintenance of employment contracts in a company in the amount of 2/3 of the remuneration, and ensuring 70% of Social Security, the remainder being borne by the employer, offering of training scholarships in the Institute for Employment and Vocational Training in Portugal (IEFP) and extending the deadlines for payment of taxes and other declarative obligations.